HEY, People! Please don’t just read what I post here (or anywhere), and nod your head sagely or approvingly and then move on to other things. I don’t post in order to affirm your sense of things. I post in order to equip you with perspectives and arguments with which to educate others, and in the expectation that you will forward my posts to other people (or direct them to those posts). PLEASE do those things.

Are We Really Going Out With Just A Whimper?

THERE’S NOTHING I HATE MORE than writing this kind of article (and I’m sure you are no more pleased to read them). But there’s also a point at which I can no longer tolerate the sensation of shouting in a dark room that is also proving to be empty. I’ve been feeling at that point a lot, lately.

In fact, every day for months I have felt like a ghost with something really important to say but unable to make myself heard no matter how loudly I yell.

THE TIPPING POINT TODAY is a new, enhanced assault on the rule of law by Michigan’s law-defying governor, Gretchen Whitmer. Recognizing the increasing fade-away of the C19 panic-spell under which the state executive branch has erected a ruinous despotism, here as in many other American states, Whitmer has doubled-down with a new “executive order” threatening all businesses in the state with punishment if they do provide services to anyone not wearing a mask.

The purpose (or at least, the effect) of this latest upgraded despotism is to compel everyone in Michigan to

appear to be in terror of the C19 hobgoblin, through the wearing of a high-visibility shield against it everywhere they are seen (and are filmed by the complicit media). The price of refusing to climb on board the crazy-train and exhibit apparent agreement that C19 is the Black Death come again is the ability to enter a grocery store and buy food– a price very few will pay, or do so for very long.

And when nearly EVERYBODY appears to be of the one view, dissent from that view becomes ever-more difficult, even for those willing to dare the $500 fines now threatened for meaningful expression of that dissent.

Small minorities of dissenters are much more easily cowed into silence and conformity by public hate expressions from the majority who have either been brainwashed into the fear and convinced that dissenters are actual threats to their health, or those who have caved to the pressure and are accordingly shamed and made resentful by those who show more integrity. That’s what Whitmer wants.

THE SAD FACT IS, Whitmer made a bunch of ruinous and illegal policy calls early on, starting back in March. The Michigan economy and many lives have been destroyed as a result.

Now, to shield her from the political and legal fallout looming as a consequence of the bad policies, Whitmer, like her counterparts in many other states who followed the same incompetent and law-defying path, is desperate to generate a group-think sense that it really was all necessary (and therefore forgivable, or even laudable). The chosen method is a feedback effect, by which the imposition of a behavior makes the mind more impressionable with the sense that thing the behavior supposedly protects against really exists.

Thus, Michiganders are forced to walk around armored against a virus which, during a three-month period in which millions were infected (mid-December 2019 to mid-March) killed only 97 Americans. That rate never changed (except to the extent that Whitmer and a few other governors bumped it up a bit here and there by forcing infected elderly people into nursing homes full of vulnerable potential fatalities).

C19 only came to have larger rates of fatality ascribed to it once medical facilities learned they could make big money by calling any kind of illness “Covid-19”. The situation worsened when those facilities, which could make even more by administering highly dangerous, often fatal “treatment” protocols to those mislabeled patients, starting getting in big supplies of ventilators in late March.

The fatality-puffing fiction was worsened further still because nearly any death anywhere– whether in a nursing home or otherwise– from practically any cause short of manifest blunt-force trauma came to be called a “C19” death. This happened under the urging of the CDC (see here and here, for instance) which is itself among those needing cover for having helped spark a ruinous world-wide panic certain to kill hundreds of thousands and destroy prosperity over what had, by mid-March, proven to be another “crisis” dud much like the Swine Flu.

(To its partial credit, the CDC quietly publishes acknowledgements available to those willing to look for them that the case fatality rate (CFR) from C19 for the vast majority of the population– 87%, in fact– is way below that of even a mild seasonal flu, and even for the 13% suffering the highest CFR the rate is still extremely low. See this acknowledgement, for instance, and the rate of CFR for various rankings of flu here. Nonetheless, the organization continues to announce the ridiculously-inflated, panic-supporting “C19 death toll” as reported by the medical community under the perverse incentives of the aforementioned payoff and mislabeling protocols.) 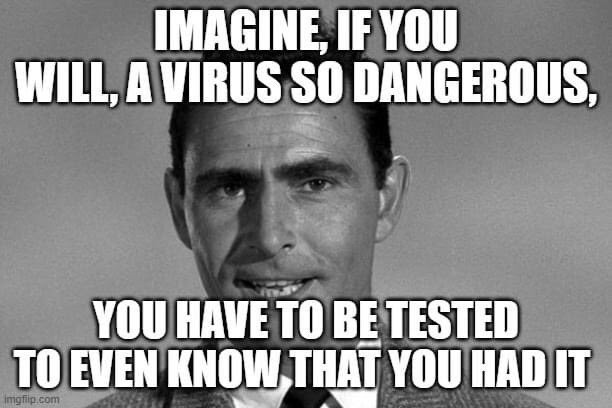 No Courts, No Freedom, No Rights: We Are Watching Protections Swirl Down The Toilet

Justice in the time of Coronavirus.

SOME GREAT JOURNALISM by Janet Phelan, including some coverage of an uplifting CtC-educated Tax Court situation, with a very important afterword by Yours Truly.

Don’t miss any of this, friends. We are not in a time suited to surfing– this is a time calling for serious intake, serious resolution and serious follow-through.

And, of course, as always:

Illuminating Anniversaries For This Week!

“I confidently trust that the American people will prove themselves…too wise not to detect the false pride or the dangerous ambitions or the selfish schemes which so often hide themselves under that deceptive cry of mock patriotism: ‘Our country, right or wrong!’ They will not fail to recognize that our dignity, our free institutions and the peace and welfare of this and coming generations of Americans will be secure only as we cling to the watchword of true patriotism: ‘Our country–when right to be kept right; when wrong to be put right.'”

Please don’t leave me just preaching to the choir!

2 thoughts on “Are we going out with just a whimper?; and, a good piece of journalism on corruption in the courts.”