A lot of people say that geometry was their favorite subject in math class, perhaps because of the logical simplicity that geometric shapes present.

They’re based on a simple predicate: a line connects two points in space; yet it’s surprising how much you can do with something so elementary!

That doesn’t mean geometry is childish, though, as it can be deceptively difficult.

Try this four-cornered brainteaser, as an example, and see just how tricky a few simple squares can be.

In the pictogram below, there are a host of small squares hidden within a larger one—possibly more than you first realize, and probably some that even evade detection. Take a minute and see if you can count ALL the squares. Don’t overlook any, for if you miss even one, it counts as a bust.

Having trouble? Don’t despair, and try thinking slightly “outside the box.” Chances are the toughest squares to find are where you least expect them, or else, they are hiding conspicuously in plain sight.

When you think you know the correct number, or if the right-angled rhombuses have you stuck in a corner, scroll down to see the answer.

Answer: There are a grand total of 51 SQUARES! Did you find them all?

Here’s where most people begin to falter.

And last but not least:

Do you find all 51 squares? If so, you are quite the geometry savant! Give yourself a hand.

And if you found this challenge stimulating, be sure to share it with a friend or family member! 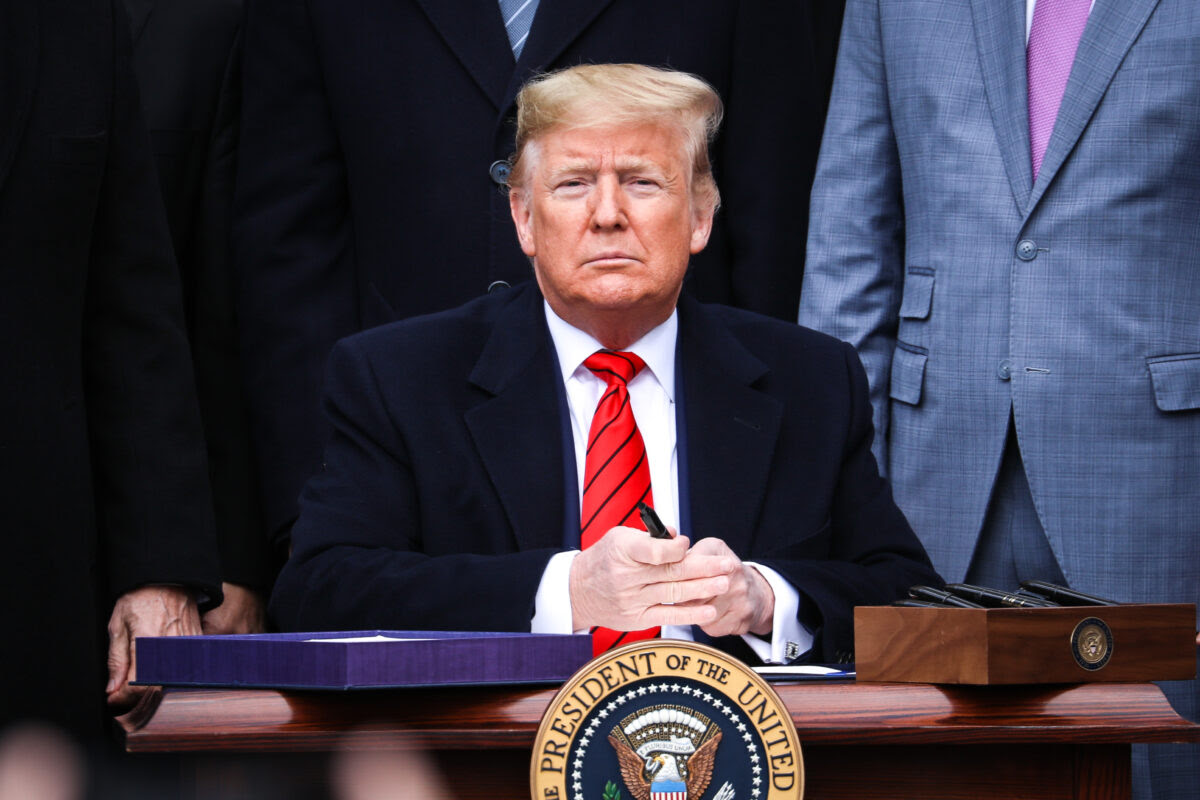 A Story From a Reader

It’s hard to say anything about President Donald Trump that hasn’t already been said. During the four years of his presidency, there’s hardly been a day without news reports about him.

We’re not looking to reinvent the wheel. Instead, we’ll let an Epoch Times reader tell her story about our 45th president.

I was in D.C. on January 6. I went with one of the groups that had rented a tour bus, and we all chatted on the way there. On the way back, things were a lot quieter. We had all witnessed what happened at the Capitol and had heard some of the media reports about it.

The lady I sat next to was from Taiwan. I asked what she thought of all this.

“I’m definitely not happy, but I don’t think this is completely a bad thing,” she told me.

I was surprised by her answer, so I asked her why. She explained that many Americans don’t know what it’s like to live under socialism and communism. “It’s different for us because we’ve had communist China at our doorstep for decades. Maybe this way, Americans can get a taste of what communism is and know why we’ve been fighting it for so long.”

“I really admire the president,” she said. “He’s been up against so much. Now we see that he’s almost had to stand alone, and so much of our country has been taken over. Still, you never see him mad, and you never see him depressed.”

“That’s nice and all,” I said, “but at this rate, we won’t even have a country by the time other Americans wake up and smell the coffee.” What she said next really stuck with me.

“Well, not if we’re all giving up,” she said. “The president has fought for us for so long. It’s about time that we fight for our country too”

She was so determined at that moment that it felt unshakeable. That’s just the effect President Donald Trump has on people.

It may be too early to determine how history will remember President Donald Trump. But when it does, we hope that it will represent the lived experiences of countless Americans—and not just spread a story curated by the elites.

The world must know and remember the story of how the country’s elites and institutions were not enough to crush the spirit of just one man.

We’ll do what we can to make sure this story—along with the story of America, as we experience it today—is not forgotten.

Robert Unanue, Goya Foods President and CEO, said on Friday the political left has weaponized the CCP (Chinese Communist Party) virus to take away God, culture, history, and liberty from the people of the United States.

“The problem is it’s a political year. They weaponized coronavirus. Unfortunately, they shut down this economy. The worst thing we could do is shut down our economy, kill our spirit. We need a reason to get up in the morning: God, family, work. And they are taking away our spirit, they’re taking away our ability to work,” Unanue told Fox News on Jan. 15.

Unanue said Goya experienced its most successful year in 2020 after leftists tried to boycott his products.

Unanue made sympathetic remarks about Trump earlier in 2020, comparing the president’s entrepreneurialism to that of his grandfather’s. His remarks sparked ire among Trump’s critics, with celebrities and politicians, including Rep. Alexandria Ocasio-Cortez (D-N.Y.) and former Democratic presidential candidate Julian Castro, denouncing the brand or calling for Goya boycotts.

Ocasio-Cortez was nominated “employee of the month” in December by Goya after her call to boycott Goya stimulated a 10-fold growth in sales, Unanue told The Michael Berry Show.

Unanue further criticized the left, saying that their handling of the CCP virus pandemic was done for political gain.

“They essentially declared martial law. …  It’s the worst thing we could have done, just for political gain. I think it’s criminal, I think it’s immoral to shut down this economy for this basically political reasons,” he said.

Unanue called on people to get closer to God during this difficult time.

“We need to not move away from God. We need to move closer to God,” he said.

Tom Ozimek contributed to this report.