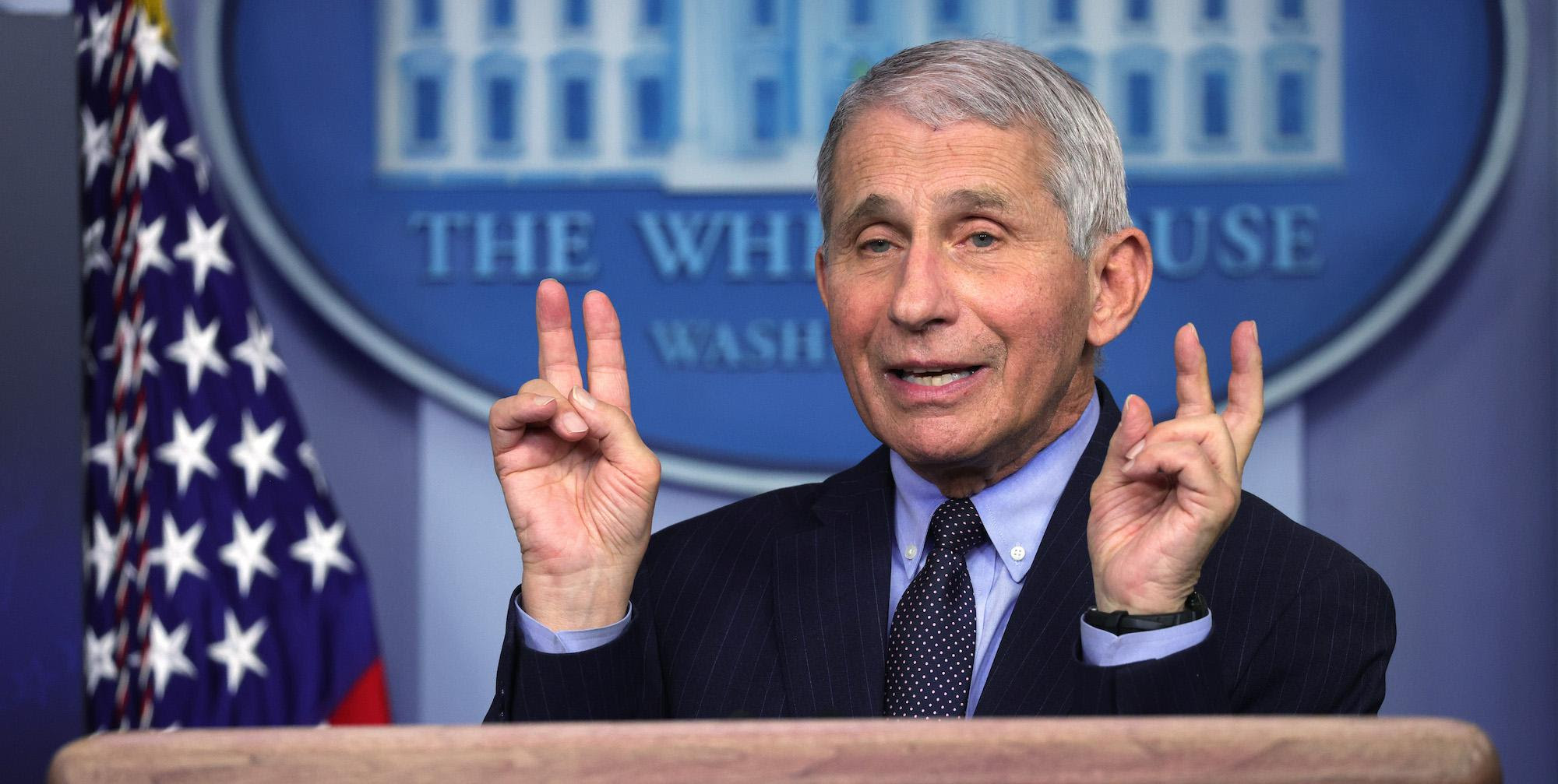 Increasing skepticism and even anger about the long-standing COVID-19 advisory role of Dr. Anthony Fauci have filled social media in recent days.

Sure, some of us have been pointing out the need to rid the White House and the nation of his presence for nearly a year now, but it turns out Fauci’s latest calls for double masking and remaining locked down even after getting vaccinated have pushed a new segment of Americans over the edge.

More and more people simply want their damn country back and resent that the so-called “experts” seem to be addicted to either doubling down on failure or mandating increasingly hysterical and obtuse remedies that would make Rube Goldberg machines blush.

It might be years before we realize how busted we truly are, as both individuals and a community, because of Fauci’s perverse Frankenstein act. The claim that he is a healer is a farce that grows day by day. Instead, he has specialized in growing hopeless zombies and goose-stepping minions in his lab of nonsense.

There needs to be accountability after a year of such needless overreach and arrogance. Somebody has to pay. Because this all could have been different if we had learned the right lessons nearly a year ago when people like Idaho’s Sara Brady were among the first to fall victim to Fauci’s paranoia-inducing spell.

She’s the mom who was arrested in April of 2020 for the high crime of playing on a playground with her kids and now continues to wait in limbo for a trial to address her trespassing charge as she amasses growing attorney fees.

Brady had been at the park for barely five minutes before police arrived at the behest of a Karen Supreme who simply couldn’t tolerate the freedom being enjoyed right in front of her as she cowered in her car eating lunch. And so it was that two young children saw their mother handcuffed right in front of them by the inheritor of Barney Fife’s limp pistol and tin-can badge.

“Unfortunately for the officer and the state of Idaho, they arrested a woman who will fight until she has no breath left in her,” said Tim Brady, Sara’s husband. “What a lot of people don’t know, especially those that have taken time out of their lives to criticize, threaten, harass and stalk her and our family is that she is the wife of a police officer. To add insult to injury, I have worked with the officer that arrested my wife several times throughout my 19-year law enforcement career.”

Yeah, you heard that right. A cop is so fed up by the abuses of power destroying our nation that he is now speaking up without apology. Because this is about far more than just his wife. Fauci isn’t supposed to be our model or our muse for how government works, nor how America’s citizens are to be respected and served.

“I have to hope that law enforcement’s role with the tyrannical orders and edicts over the past year are the minority,” Tim said. “I fear that the profession I love will someday in the future force me to leave because I won’t participate in destroying my nation. The next time you hear or see a story about the abuse of law enforcement power, please remember there are those who are still out there fighting for what is right. Vowing to uphold the oaths we have taken.”

This is the chaos and purposelessness Fauci and company have wrought, as whatever oaths they once took, Hippocratic or otherwise, have been forgotten or perverted. Where a cop’s faith in his noble profession, as well as his own respect for authority, are hanging by a thread as he saw roughly 400 inmates released from his local prison due to COVID, making room behind bars for the likes of his wife for daring to get some fresh air.

Anyone who thinks otherwise is a traitor to the cause of freedom, whether they understand that or not. So wake up. Fauci isn’t your friend. He’s a fiend. His time as the diabolical moral and medical compass of our nation is a permanent scar on the land.