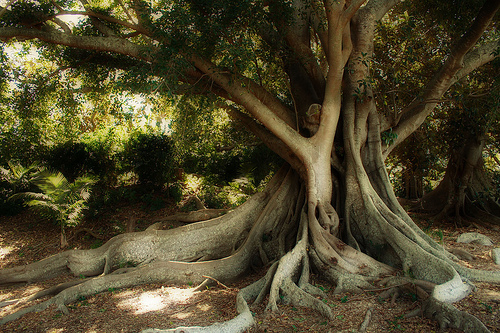 Over the last few weeks, the Lord has been reminding me of a prophetic word I released in March 2020 titled, “The Hour Of Mysteries Revealed.” This prophetic word was based on a vision revealing the exposure of global leadership and the removing and appointing of kings through the book of Daniel. When I asked the Lord what was on His heart, I heard in the Spirit 1 Corinthians 5, which is very direct and needs no interpretation.

The Lord is presently dealing with the church and its leaders globally for sin and specifically for the sin of sexual immorality. Relating back to the vision, the Lord said the church was going through a “liver detox,” and after over a year of opportunity to repent, I believe the Lord is extending opportunity for mercy before His divine exposure and judgment. The name Daniel in Hebrew means “God is my judge,” and though mercy triumphs over judgment, the Lord is both judge and bridegroom King.

“It is actually reported [everywhere] that there is sexual immorality among you, a kind of immorality that is condemned even among the [unbelieving] Gentiles: that someone has [an intimate relationship with] his father’s wife. And you are proud and arrogant! You should have mourned in shame so that the man who has done this [disgraceful] thing would be removed from your fellowship!

Your boasting [over the supposed spirituality of your church] is not good [indeed, it is vulgar and inappropriate]. Do you not know that [just] a little leaven ferments the whole batch [of dough, just as a little sin corrupts a person or an entire church]? Clean out the old leaven so that you may be a new batch, just as you are, still unleavened. For Christ, our Passover Lamb has been sacrificed” (1 Cor. 5:1-2, 6-7, AMP).

As Christians we have been born again into a new life; we have been changed, cleansed, set apart, and the Lord is calling us back to sanctification through behavior. He has cleansed us for Himself, and if we are going to be a people who bear His name, we have to be consecrated and holy to Him (1 Cor. 6:11). When one is sexually immoral, they sin against their own body, yet as a Christian, our bodies are the temple of the Holy Spirit; therefore, this sin explicitly wars against our union, intimacy and oneness with Christ and directly affects the church as fornicators will not enter the kingdom of heaven (Eph. 6:9-10,16-20).

The liver is the largest solid organ in our created bodies, and its main function is to remove toxins from our blood supply. This deep cleaning in the church is imperative for the end time bridal message of the Lord’s Second Coming, as He is returning for His pure, spotless, holy, and set apart bride (Eph. 5:27). Let it be said, in this hour, the fear of the Lord is returning to the global church as the bridegroom King wars against those who have defiled His bride: “Repent, for the kingdom of heaven is at hand” (Matt. 3:2).

The Hour of Mysteries Revealed

On the morning of March 19, 2020, I felt the pull to go into the Word of God. I opened my Bible and thought I was going to one book, and when I looked down, I was in another (Daniel) that I had not turned to, though immediately, “The secret is revealed to Daniel” was highlighted to me. I could feel the Spirit of The Lord hovering here, and my eyes went to Daniel 2:19: “Then the secret was revealed to Daniel in a night vision. Then Daniel blessed the God of heaven.”

As I continued to press into the Lord’s heart over this and wait upon Him, I had a vision. And in the vision, I saw roots exposed and upside down. I was looking closely at the root system, and as the vision began to pan out, I saw giant trees coming up from the earth. But they were upside down with root systems exposed, suspended in space. The trees were so large that the root systems could connect to the roots systems of other trees in other countries.

Then the vision panned in closer again, and I saw what looked like phone wires twined in the roots, connecting to other nations. The vision panned out again, and I saw the whole earth orbiting in space with trees all around the globe upside down. “He reveals the deep and secret things; He knows what is in the darkness, and the light dwells with Him” (Dan. 2:22).

As I began to research the trees and their root systems, I came across this commentary. It is as if creation, science and God are prophesying back to us. Vice-chairman of the International Tree Foundation, Roger Leakey, says, “Globally, trees are often recognized as the ‘lungs of the world’ because they exchange oxygen and carbon dioxide with the atmosphere. However, this is an understatement.

If we think in these terms, trees are also the kidneys of the world as they regulate the flow and use of water by intercepting rain and releasing it slowly to the ground where it can either run off into rivers or enter the groundwater. Plants can then absorb it for use in photosynthesis. This absorbed water is then transpired back to the atmosphere and blown on the wind until it falls as rain somewhere else. Finally, they are like the heart of the world, as they drive the ecosystems that make the world healthy and function properly.”

I believe this is a divine hour where the Lord is flipping upside down and turning inside out to expose compromised systems in the heart of the world. In our created bodies, the lungs protect the heart, and the kidneys help pass waste and help filter the blood before sending it back to the heart. As roots of trees mimic the lungs in actual function and appearance, this is divine exposure to ultimately protect the heart of His created. There has been a “running off’ of tainted waters, but the Lord is exposing, so the cleansing may begin.

Isaiah 42:8-9 says: “I am the Lord, that is My name; and My glory I will not give to another, nor My praise to graven images. See, the former things have come to pass, and new things I declare; before they spring forth I tell you of them.”

Click here to read the rest of this word. For prayer and to watch the video release of this word click here.

Amy Sutherland is based in Atlanta, Georgia, and is the founder of Ablaze Global Productions, a ministry-production company formed from her dual call to minister to the church and the unreached around the globe. Investing years in ministry and the entertainment industry, she has had the opportunity to develop her giftings in a unique way for such as time as this.

From award-winning actress and producer to speaking and ministering prophetically worldwide, she desires to awaken and make ready a fiery bride for her King. Amy serves the body globally with prophetic words, insights, training and encouragement, though specifically ministering to leaders. Amy is a graduate of Marilyn Hickey Bible College and Harvest Missions School—Iris Ministries Africa. For more information about Amy, visit her website at ablazeglobalproductions.com.